Trump is banned from Twitter, Facebook etc. -- a few lessons from Malcolm Gladwell on what may come next

Trump is banned from Twitter, Facebook etc. -- a few lessons from Malcolm Gladwell on what may come next

In the aftermath of US election 3rd nov. 2020, you may have heard recent news that Trump is banned from Twitter and Facebook permanently. And not just him, but a number of other people who are considered as strong defenders of the truth, such as Sidney Powell etc. Does it mean that Trump and his aides would loose option to channel their messages? May be not so.

In his rather outdated book, David and Goliath, Gladwell cites the early years of the Impressionists — no, they weren’t a ‘60s R&B band — but rather, the group of famous French painters that included such legends as Edgar Degas, Paul Cézanne, Claude Monet, Pierre August-Renoir, and Camille Pissaro.(2) Do those nom de plumes sound familiar? Surely if you’re an art museum lover — they are household names (in fact, you probably own a calendar, mousepad, or coffee mug with their famous paintings digitized on them), but 150 years ago in 1860’s Paris? Not so much.

These guys were just a bunch of frustrated struggling artists who hung out at the local neighborhood cafe, worrying if their work would ever be seen and truly appreciated. Back then, as Gladwell writes, the only way for an artist to break through obscurity was if their artwork was chosen to be exhibited by the Salon (part of the French government sponsored culture program). At the time, it was the Super Bowl of art shows, the ultimate Big Pond. If you weren’t part of the Salon, you were not considered a “real” artist. Rejection was the norm. The Salon often turned down the upstart members of the Impressionists.

However, even if a painter was fortunate enough to have his or her work approved by the Salon’s esteemed panel of judges, there were still obstacles. A typical showing at the Salon’s huge barn-like exhibition hall, the Palais, would display three or four thousand paintings, so it was easy to get lost in the crowd if your canvas was not given proper placement, and the massive audiences were not always conducive to viewing masterpieces. 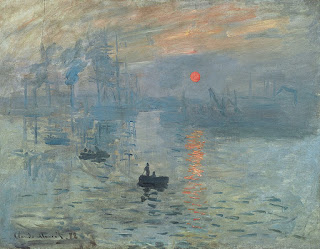 Ilustration 1. A painting by Claude Monet

Many of the Impressionists would’ve died to be chosen by the Salon (literally, it seems, as one artist was reported to have actually killed himself after having been rejected), but Gladwell reasons that the group considered the drawbacks — the placement issue, the cluttered venue, the suffocating crowds — and opted to do something entirely different to show off their wares.

The Impressionists set up a collective where they would rent building space to exhibit their paintings — their very own Little Pond where they could control the setting, atmosphere, and ignore the strict rules of the Salon. Their first show presented 165 works of art, and the admission was a single franc. It turned out to be a major success with over 3,500 people attending the showcase. In short, the Impressionists’ work was eventually seen by the public (not all rave reviews, by the way), and the rest is art history. Those same paintings from that exhibit are today now worth more than a billion dollars!

Whether or not you subscribe to Gladwell’s scientific storytelling, the big takeaway from his tale of the Impressionists is that there are circumstances when it is better to be a Big Fish than a Little Fish, and vice versa. So whatever your art, hobby, or business may be, consider all of your options first before you start dumping loads of time and money into your pursuit.

What may come next

Although everybody would agree that Twitter and Facebook etc. have made it easier for most of us to convey our messages to millions of followers, that ease come with a price. That is that they are heavily subject to censorship, meaning that administrators may remove your tweets or posts which are challenging the orthodoxy. So it seems we come to a classic Big Fish or Big Pond situation as described by Malcolm Gladwell. I don’t want to comment more on political stances, but I think you would also agree that there is oligopolistic situation here, dominated by a few tech giants of social media. Time seems to have come to challenge these oligopoly.

A few suggestions
If those in YouTube blocks your video, then you may go to bitchute (parler may be blocked by those oligopolistic media too)

If those in Twitter blocks your tweets, then you may start your own microblogging server (there are plenty of opensource microblogging codes out there). Once I posted in github a simple twitter-like source code, readily to be implemented. You can also check github for many alternatives. (4).

And if those in Facebook blocks your posts, then you can try other alternatives like Diaspora, Ello, etc.(3).

This is the same route that Prof. Jordan Peterson opted to do: he created his own free speech platform.

Summarizing, you will never run out of options to create alternative media platforms nowadays. Hopefully you would see that there is a bright side of this situation.

Soli Deo Gloria...God bless you all. 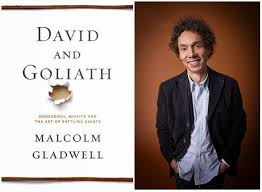 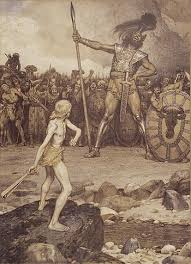